In late April (and no later than April 30), the Census Bureau will complete and publish data necessary for the apportionment of representation among the states in the U.S. This data transmission sets in motion a process legislated by Congress that makes possible the constitutional obligation to apportion representatives in proportion to the "whole number of persons" in each state. The apportionment data release contains the total resident population for each state, the numbers allocated to each state of overseas military and federal civilian employees and their households, and (adding those two figures together) the official apportionment population of each state. It will also show how many seats of 435 totals seats in the House of Representatives each state will receive based on its apportionment population according to the method (called Huntington/Hill or Equal Proportions) prescribed by law. 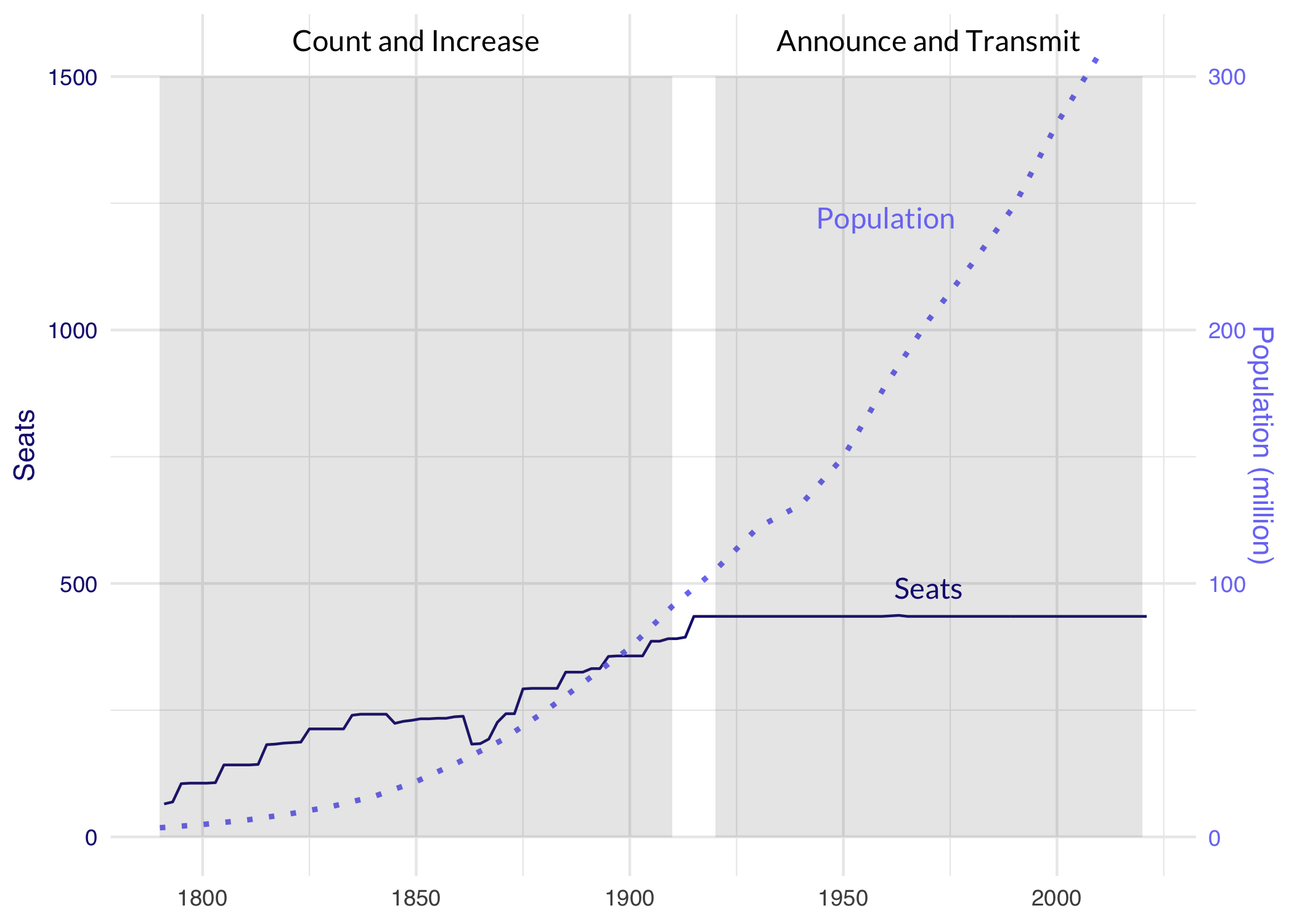 But First, A Little Backstory

Article 1, Section 2 of the U.S. Constitution declared in 1789 that seats in the House of Representatives “shall be apportioned among the several States which may be included within this Union, according to their respective Numbers...” After the Civil War, the 14th Amendment removed the Constitution's “⅗ clause,” by which each enslaved person had counted as a fraction of a person. In its place, the amendment based the apportionment of representatives on the states’ “respective numbers, counting the whole number of persons in each State, excluding Indians not taxed.”

The Constitution leaves to Congress the responsibility to legislate how the census goes about counting all Americans and to decide how to translate population totals into numbers of representatives for each state. In 1929, Congress passed the first in a series of laws creating an effectively automatic system for apportioning the House, which also effectively locked the House at 435 seats. As a result, few people remember that Congress retains the authority to change the size of the House or otherwise alter the method of apportionment (within Constitutionally-prescribed limits).